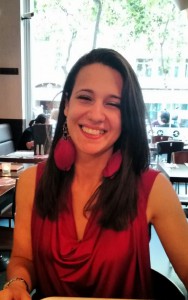 Uterine Natural Killer (uNK) cell populations are present in both non-pregnant and pregnant humans and mice. Recent reports have shown that other recently defined innate lymphocytes, termed Innate Lymphoid Cells (ILCs) are also present in the human and mouse uterus. ILCs are increasingly appreciated as key regulators of tissue immunity. However, their role in human tissue homeostasis and disease remains to be fully elucidated. My current research in the Colucci group is focused on characterising the ILCs in both human and murine uterus, and delineating their relationship with other immune cells found at the maternal-fetal interface, including uNK cells.

Prior to starting a PhD at the University of Cambridge, I completed my MSc in Immunology at Imperial College London for which i received the Richard Batchelor prize, awarded to the student with the best performance in the MSc. My project was set out to investigate the role of the transcription factor E4bp4 (Nfil3) in NK cell development and how extrinsic signals, such as Notch ligands, affect this process.