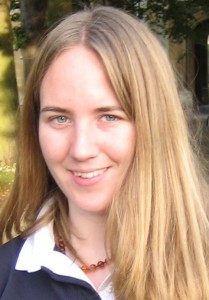 The current aim of my research is to investigate the mechanisms by which suboptimal nutrition in early life can affect reproductive ageing, and to address the impact of this on population health. Our recent novel findings show a substantial effect of early nutrition on ageing of the reproductive tract. Currently we are investigating transmission of these effects across generations in several models of developmental programming. This work is carried out in collaboration with Dr Susan Ozanne at the Institute of Metabolic Science. The project is funded by a grant from the Academy of Medical Sciences and by the Addenbrooke’s Charitable Trust.

We have demonstrated that rats exposed to an isocaloric low-protein maternal diet in utero are born small for gestational age, but undergo rapid postnatal catch up growth. They have decreased ovarian reserve in adulthood, as assessed by reduced primordial follicle count and serum anti-mullerian hormone levels. There is also strong evidence of accelerated tissue ageing – including increased oxidative stress, mitochondrial DNA instability and accelerated telomere shortening – in the ovaries of these animals. Adverse effects of maternal diet are exaggerated with increasing offspring ageing, strongly suggesting that early life nutrition may be a factor in age-associated fertility problems. We have further demonstrated the interactions between maternal (prenatal) and offspring (postnatal) obesogenic diet in limiting reproductive potential, showing that early life nutrition has a more profound effect on ovarian reserve than does the individual’s diet later in life. Currently work is ongoing looking at the effects of grand maternal diet on offspring reproductive function.

There is a plethora of evidence from both animal models and human studies describing adverse effete on developmental programming, however few interventions exist to ameliorate these effects. An important focus of our work is exploring exciting new avenues in attempts to find ways to combat the development of adverse phenotypes in the offspring.

Reproductive ageing is a topic currently poorly understood, and of significant interest to the clinician, particularly in light of population trends to later reproduction. As maternal age at first birth rises in many populations, the insight that early life environment is critical to maintaining reproductive capacity has important implications for maintaining the health of future generations. The ability to predict an early decline in an individual’s reproductive capacity would transform the care that we are able to offer to many women. Furthermore, an understanding of the developmental mechanisms underlying reproductive ageing could eventually lead to effective treatments to negate the adverse sequelae of increasing obesity, poor maternal diet, and delaying childbearing, which are very significant public health issues in many populations.