We would like to congratulate Cristine on being awarded her PhD.  Her thesis is entitled “Monitoring of cerebral oxygenation, cerebrovascular reactivity and cardiac function in preterm infants”.  Dr Topun Austin was her supervisor.  Well done!

Congratulations to Dr Irving Aye who has been awarded a 3-year Next Generation Fellowship by the Centre for Trophoblast Research.  Next Generation Fellowships are aimed at promoting the career prospects of high-calibre individuals pursuing innovative research falling within the remit of the Centre, with special reference to the trophoblast.  Further information can be found here.

CTR PhD student Oisin Huhn has won the first prize for best poster at the 18th Cambridge Immunology Forum, a one-day conference attended by Editors of Nature and Science who judged the posters. Oisin Huhn is a PhD student in the Colucci Lab.

Metal growth restriction is a major determinant of an adverse perinatal outcome. Screening procedures for fetal growth restriction need to identify small babies and then differentiate between those that are healthy and those that are pathologically small. We sought to determine the diagnostic effectiveness of universal ultrasonic fetal biometry in the third trimester as a […]

One in 200 babies dies before birth in the UK. A study aimed at determining how to reduce the risk of a pregnancy coming to a devastating end is now producing its first results.  Read the full article here:  http://www.cam.ac.uk/research/features/getting-the-true-measure-of-pregnancy

Abstract NK cells express variable receptors that engage polymorphic MHC class I molecules and regulate their function. Maternal NK cells accumulate at the maternal-fetal interface and can interact with MHC class I molecules from both parents. The relative contribution of the two sets of parental MHC molecules to uterine NK cell function is unknown. Here […] 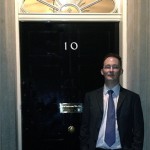 CTR Manager Gordon Smith attended two receptions at 10 Downing Street: one with SANDS (the Stillbirth and Neonatal Death Society in November 2013) and one with AMR (Action Medical Research in March 2014). At the Sands meeting, Gordon spoke with the Prime Minister’s wife, Samantha Cameron, about stillbirth research. Read more on the Sands – Stillbirth […]